Learn the secrets and techniques of mixing world class traditional and creative cocktails from renowned mixologists. These experts will lead you through every stage of making four cocktails, creating a unique tippling experience. A fun interactive experience, to illustrate that making cocktails is not necessarily rocket science and giving you the basics to liven up your next house party. 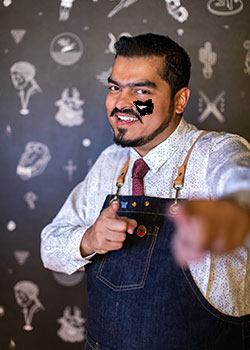 Light up this festive season, as you get some tips on setting up and stocking your home bar, and how to create a wide range of cocktails at your next house party.

As an added treat, you will sample Bacardi Reserva 8, one of the oldest private rum blends in the world.

Hemant is an experienced brand ambassador with a demonstrated history of working with the bar & spirits industry for over 10 years.

He enjoys experimenting with local flavours when creating drinks, and is also a spirits & scotch whisky expert.

Born & brought up in Bangalore, Hemant enjoys listening to music, and spends a lot of his time travelling, exploring new destinations around the world. And if you ever get to meet him, watch out for his puns. 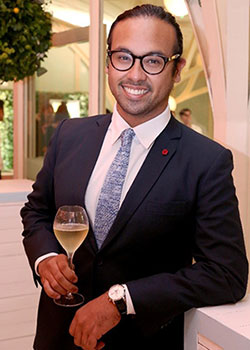 Change your perceptions of whisky, as you rediscover it from an evening drink to an anytime tipple, with some fine Scotch and Bourbon.

4 whisky cocktails will be demonstrated.

Rohan comes from a family that discusses lunch over breakfast, dinner over lunch and the year’s Christmas menu over dinner. While his qualifications on paper are as a chef, he found his true calling in all things liquid during his final year of hotel schooling.

Having started with hotels and then later moving on to freelance bartending for a while, Rohan saw an opportunity to take up beverage education as a full time career. Since then, for a little over a decade now, he has worked with and consulted for leading hotel chains and Alcobev brands. A certified trainer for the WSET Level 1 &amp; 2 courses in India, Rohan holds a Level 3 advanced certification in Wines and Spirits from the Wines &amp; Spirits Education Trust of the U.K. and a certification from the L’École du Vin (The Bordeaux Wine School). He also completed his Tea Sommelier’s course from the Twinnings Tea Academy in London &amp; Andover, U.K. An avid travel buff, he’s made his way through vineyards, breweries and distilleries through Europe and The U.S.

In his years of experience Rohan has conducted training programs for leading Alcobev companies including Pernod Ricard India, Remy Cointreau India, Untied Spirits, United Breweries, United Vintners And Diageo Middle East. He has also been a beverage trainer for the management training programs of the ITC Hotels group, Oberoi Hotels and the Taj Hotels, having led the beverage training for the Taj Management Training Programme for 6 years. He has also conducted trainings extensively in Sri Lanka, Bahrain and the SAARC region.

All of this led him to land his assignment as the Brand Ambassador at Moët Hennessy for India and the SAARC Region. For just under five years Rohan led all consumer and trade facing trainings, tastings, events and advocacy for the group’s luxury Wines, Champagnes and Spirits portfolio in the region.

Rohan has also worked as an independent wines &amp; spirit consultant and trainer working to enhance and shape the bar and beverage industry in India and working with select Indian spirit &amp; beer producers to help shape the craft drinks movement in the country.

And in all of this, when he is not busy educating, traveling or mixing, you will find him at a neighbourhood bar, drink in hand, cloaked in his alter ego – The Thirsty Tippler.

Don't miss updates from us!